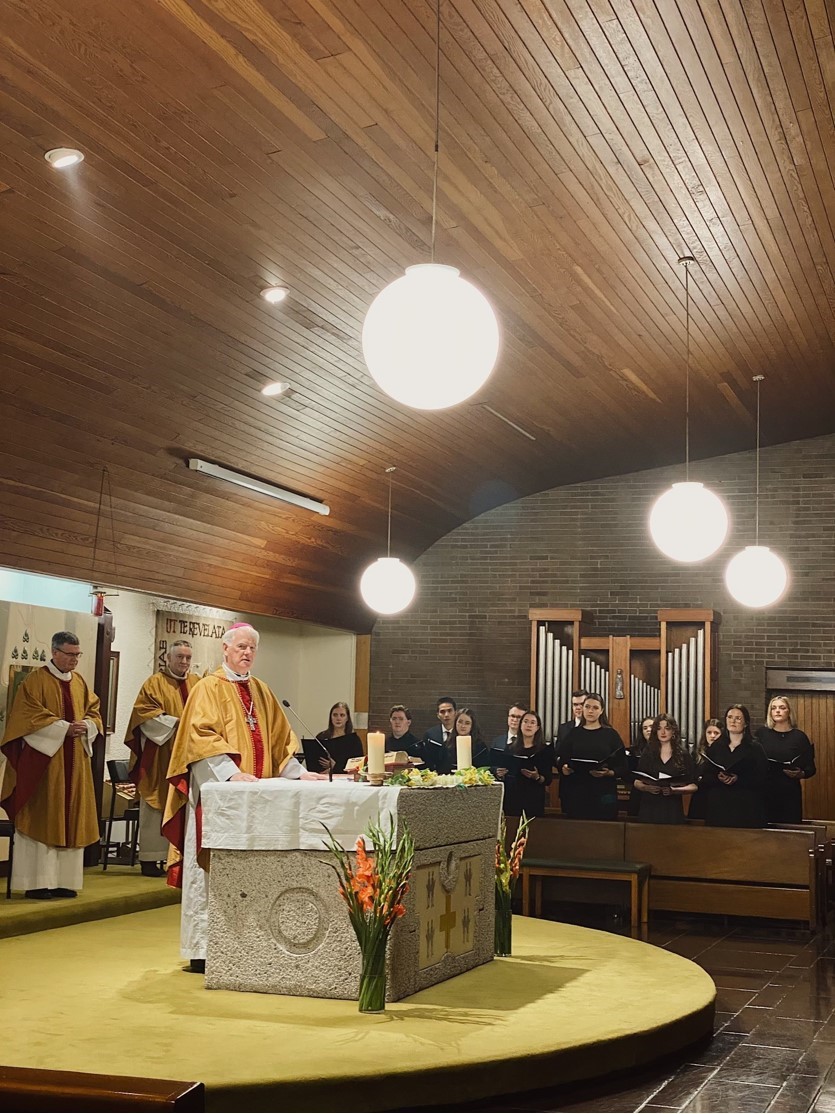 Redevelopment of Catholic Chaplaincy at Queen’s University to include essential upgrade of facilities, quality accommodation for students and investment in world-class faith and pastoral supports

The Catholic Chaplaincy at Queen’s University, together with Down and Connor Diocese, is working to deliver ambitious plans for the Chaplaincy’s landmark site at the historic heart of the university campus. 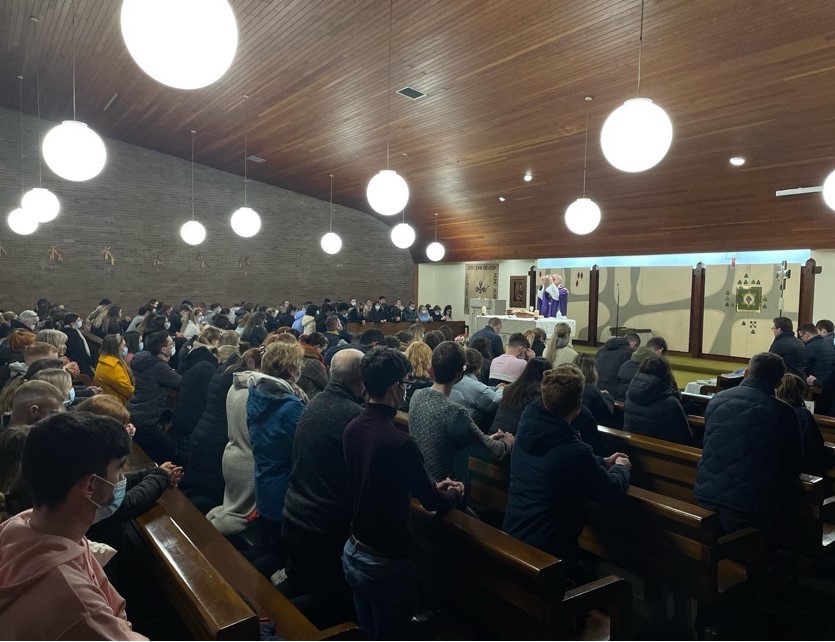 An application for planning has been submitted to Belfast City Council which, when approved, will see the redevelopment of Chaplaincy’s iconic building to include upwards of 40 units of quality student accommodation.

To make way for the self-contained studio apartments on the upper floors of the building, the Chaplaincy will relocate to the ground floor, ensuring greater accessibility.  There will be a much-needed upgrade of Chaplaincy facilities to include a welcome area, coffee bar, recreation and counselling spaces.

The current demand for student housing outstrips supply, with an estimated shortage of 6000 beds.  This has contributed to a housing crisis in the City which sometimes forces students to either commute from home, or move into poor standard accommodation in areas associated with anti-social behaviour.

This exciting new venture will see the Church play its part in easing the crisis, offering good quality, spacious accommodation in a much sought-after location.

Conveniently sited opposite the new student services centre, on an avenue that connects the historic Lanyon Building to the Medical School on the Lisburn Road, the Chaplaincy is well-positioned to offer students a safe, holistic living and study experience. 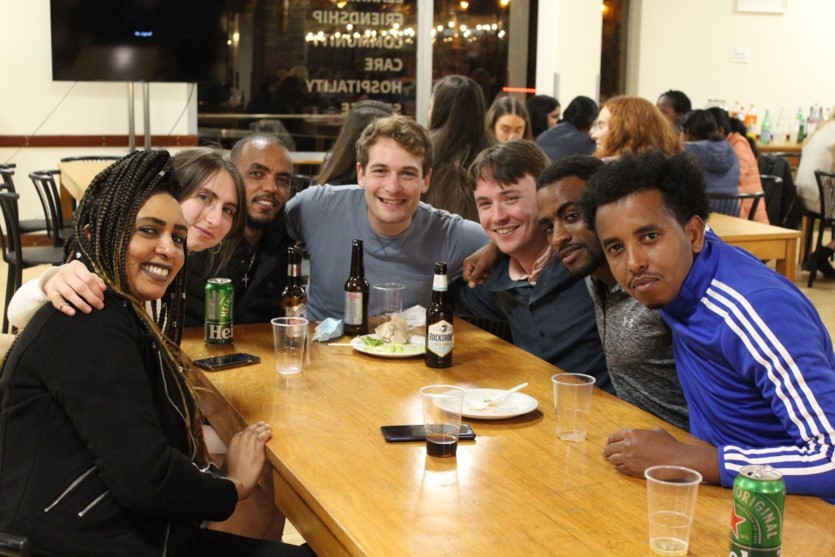 Chaplaincy expects its accommodation offering to be particularly attractive to international and postgraduate students, though it will be available to the entire student population at Queen’s, irrespective of religious background or affiliation.

First opened in 1972, the Chaplaincy’s modernist style was considered a daring intervention on an avenue known for its red brick Victorian terraces.  Located within an architectural conservation area, the Chaplaincy building recently attracted listed status, with its façade, cloistered garden and Chapel identified as especially praiseworthy.  Award-winning conservation architects, Consarc, are working to deliver a redevelopment that safeguards the architecture and spirit of the much-loved building. 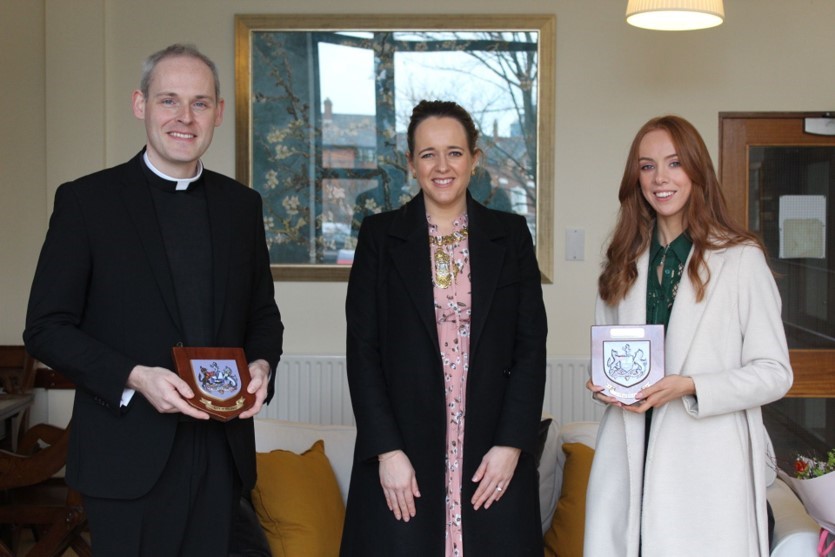 The Chaplaincy is confident redevelopment will untap the potential of its premises, giving the building and its important mission to students, a new lease of life.  It will also place them on an equal footing with other Christian chaplaincies at Queen’s, who have been offering student accommodation for a number of decades.

The venture is generously supported by Down and Connor Diocese and evidences its commitment to invest in the education and general wellbeing of young people.  Together with a distinguished group of alumni and friends, the Diocese is working to safeguard the Chaplaincy’s  financial sustainability well into the future.  After the capital outlay for the redevelopment is recouped, any profits will be reinvested in the delivery of world-class faith and pastoral supports to students, the demand for which continues to grow year-on-year.

As the Chaplaincy marks 50 years on Elmwood Avenue, it is envisioning the future with confidence and embarking on a new and exciting chapter in its partnership with one of Ireland’s oldest and most respected universities.