Chaplain to the Deaf Community

Chaplain to the Deaf Community of Down and Connor 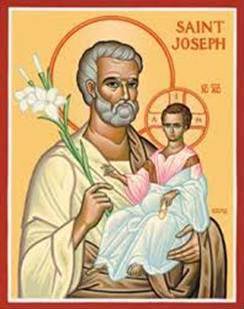 Full Time Chaplain Responsible for Down and Connor Deaf Community 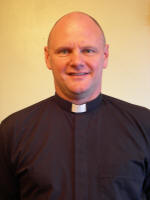 Fr. Patrick Devlin is a native of St Michael the Archangel Parish, Belfast. He was educated at St John the Baptist Boys’ School and La Salle Boys’ School.

Fr Devlin commenced his seminary studies at St Joseph’s Seminary whilst studying philosophy at Queen’s University, Belfast. He then continued his studies with theology at St Patrick’s College, Maynooth. He was ordained to the priesthood in the Church of St Michael the Archangel on the 12th of October 1998 by the Most Reverend Michael Dallat.

Father Patrick was appointed Full-Time Chaplin on 22nd August 2013 by Bishop Noel. He had previously been working with the deaf community as a part time chaplain for many years.

Denise Flack – Coordinator of Northern Chaplaincy to the Deaf
Denise Flack is a native of Belfast. After graduating from Queen’s University in 1980 with a B.A. in Scholastic Philosophy, she worked in Holland for a year, before  further study in Wales and England, qualifying first as a mainstream teacher and then as a teacher of the deaf. During the remainder of the 1980s, Denise taught deaf children in Strabane, Bradford, Craigavon and Tecconnaught.In 1990, Denise headed to Bolivia as a member of Viatores Christi, spending over two years as a Pastoral Worker in the parish of Coroico. On returning to Ireland, she was appointed to the staff  of Jordanstown Schools in 1993. In mid 1995 Denise returned to Bolivia. Her arrival coincided with funding for a new rural school for deaf students and she took up the dual position of first principal and administrator of the Centro Audiologico Multifuncional (CAM, situated in Punata in the Archdiocese of Cochabamba). Other  activities there included teacher training and prison visitation.
Denise returned to her post in Jordanstown in December 1997. She participated in the two year part-time Living Faith introductory theology course from 1998 to 2000. She also completed an M.Ed in the field of deaf education.

She took up her present position as a Chaplain with the Deaf Community in August 2007 and is a member of the Northern Ireland Healthcare Chaplains’ Association.  She continues to be an active member of Viatores Christi, and maintains links with Bolivian colleagues as they develop services to deaf people in that country.

Denise is a member the National Chaplaincy for Deaf People Team with responsibility for the Northern Dioceses.  She works closely with clergy throughout the North and is always happy to hear from parishes that may need her assistance in ministering to the Deaf Community.