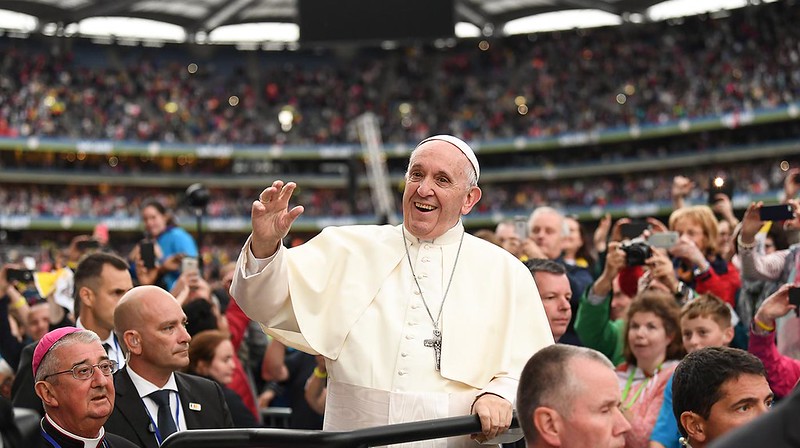 Pope Francis spurs Catholic students from Queen’s University in Belfast to cultivate the culture of encounter so as to contribute to building up Ireland’s noble traditions of hospitality, reconciliation and fidelity to the Gospel.

Pope Francis on Monday received in audience a group of students from the Catholic Chaplaincy at Queen’s University in Belfast, Northern Ireland, as they celebrate the fiftieth anniversary of the Chaplaincy. In his prepared remarks that were handed over to the group, the Holy Father encouraged them to cultivate the culture of encounter in their academic community.

“If we truly believe in Jesus, we must do what Jesus does: encounter others, encounter our neighbours, in order to share with them the saving truth of the Gospel,” Pope Francis wrote.

“The Christian faith is fundamentally about an encounter with Jesus Christ”

He noted that building a culture of encounter in the service of God’s kingdom is “personally demanding”, but at the same time exciting, as “it allows us to weave a web of relationships which can make our lives together ‘a genuine experience of fraternity, a caravan of solidarity, a sacred pilgrimage’.

Pope Francis, therefore, encouraged the students to become promoters of this culture of encounter in their academic environment, thus contributing “to building up Ireland’s noble traditions of hospitality, reconciliation, fidelity to the Gospel and steadfastness in the pursuit of holiness”.